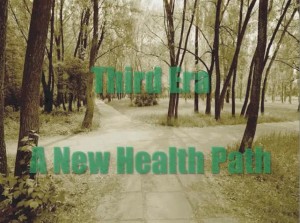 Charles C. Whitney, M.D. is founder of Revolutionary Health Services, a practice established by the University of Pennsylvania as
the second concierge medical practice in the state of Pennsylvania. He currently serves as Vice president of the American Academy of Private Physicians, and has been a member of the Board of Directors since 2007. Dr. Whitney graduated from Jefferson Medical College in Philadelphia in 1990. He completed his residency at David Grant USAF Medical Center and served as a Physician in the United States Air Force before joining the University of Pennsylvania Health System.

We were indeed fortunate to have Dr. Whitney deliver this timeless material.

Chip is a board-certified physician in family practice and sports medicine, and is CEO of Revolutionary Health Services, a known leader in the field of concierge and collaborative medicine.  He is also the current Vice President of the American Academy of Private Physicians.

We’ve invited Chip today to draw upon his 20+ years in the field of concierge medicine to demonstrate how “Third Era Medicine” is revolutionizing dentistry and medicine.

I first met Chip during my work in helping found the American Academy for Oral Systemic Health, when AAOSH and the AAPP became sister organizations.  It has been a true pleasure and privilege to have the chance to work closely with Chip in delivering an efficient and effective revenue-based patient health coaching and wellness model, and that is exactly what we plan to share with you this evening.

Based on the audience poll, the audience was composed of 31% dentists, 46% hygienists 15% non-clinical dental team members and 8% physicians.

By way of sharing Dr. Whitney’s passion and motivation he shared the aphorism: “No one lives forever, but most would like to leave a legacy that does.”

In fact, terminally ill patients were surveyed and shared that the three things they would like to change about their lives if they could are: 1. To let little things go 2. Invest more in relationships and 3. Leave a legacy.

Chip’s intended legacy is to help lead the country into an era of enhanced health.

We currently are experiencing a health shortage in terms of our chosen lifestyle and health care costs.  Insurance companies are often cast as the bogey man responsible for this state of affairs, but they are really a symptom, not the cause.  High premiums are a consequence of society’s and individuals’ choices concerning health.

It is estimated that, by 2024, expenditures on health care will equal the entire U.S. Government’s tax receipts!

This is clearly unsustainable.

The World Economic Forum shows 8 risky behaviors drive 15 condition accounting for 80% of total health costs.  The one that is the ‘runaway train’ is obesity – it is an uncontrolled epidemic.

Prior to 1988 it was not even an issue!  By 2010 30% of the populations was classified as clinically obese.  That number is far higher now and, only increasing.

The distinction between health and non-sick was presented.

Next Chip shared the Three Eras of Medicine.

The First Era is characerized by learning to fight infectious disease. With the advent of germ theory, and development of antibiotics, public health vastly improved.

In the Second Era, where we are now, medicine became adept at treating acute illness. Our system excels at identifying and treating disease e.g. bypass surgery, cancer therapies.  But it appears we’ve largely succeeded more at delaying death than prolonging life.

Physicians are guilty, albeit through no fault of their own. They simply practice what their profession has taught since the 1950s with little change: they assume a mostly reactive posture, waiting for symptoms to manifest with little thought, much less action, given to prevention.

Consumers believe quality of life can be achieved and maintained by taking a pill. Physicians meantime tell their patients to “Eat less and exercise more,” which, while correct, is no plan for achieving and maintaining optimal health. The public have resigned themselves to a belief that heart disease, diabetes and other out of control ailments cannot be prevented or cured, but only ‘managed.’

Because they are seen more often than nearly any other medical profession, dentists are uniquely positioned to help stem the tide of obesity and poor overall health.

This presentation is about what it will take to enter The Third Era of Medicine.